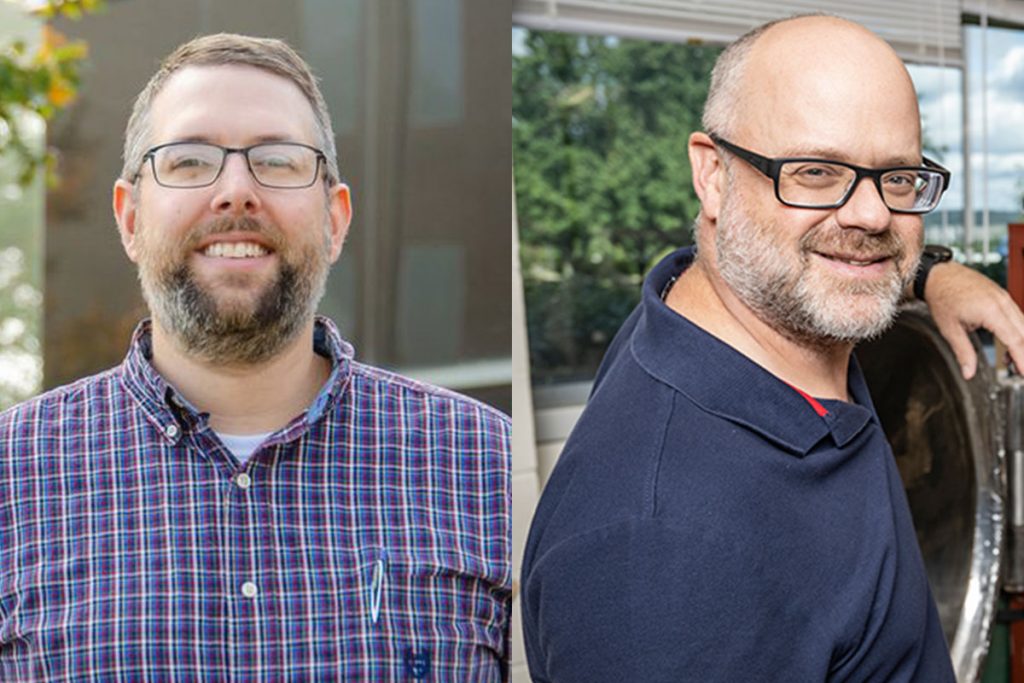 Terence Musho, associate professor of mechanical and aerospace engineering at the Benjamin M. Statler College of Engineering and Mineral Resources, is leading the project, which received more than $250,000 from the Defense Advanced Research Projects Agency at the U.S. Department of Defense.

The U.S. currently depends on countries like China to provide raw materials that are essential to electronics enabling its national defense. But according to Musho, that “reliance on foreign national resources has led to the White House identifying a critical shortage in the semiconductor supply chain.”

One key factor setting the research Musho is conducting with Statler Professor Edward Sabolsky apart from current systems for e-waste recycling is the “ability to achieve very high temperatures in a very rapid manner,” which allows their technology to be modular. That is, because it’s relatively small, it can easily be moved in modules from place to place.

“That means the DOD can transport this technology around to the point of disposal of these e-waste materials,” Musho said. “Space debris is an issue that’s gaining attention, so one potentially far-out idea is that this potentially could be used in space. You could collect junk satellites, recycle the waste and bring the raw materials back to earth.

“Another possible application would be U.S. Navy ships, which could move this equipment around to different ports for waste recycling.”

The technology also has promise beyond the sphere of national defense. “You could have a point-of-disposal e-waste recycler in each community,” Musho suggested. “Communities could recycle their own e-waste, get the raw materials out and sell those materials back to manufacturers.”

Electronics recycling began to emerge in the 1970s but it has never gained much traction. Musho explained that when you take your old electronics to Best Buy, there are just a handful of facilities in the nation where the electronics can be processed. “Those places get a mountain of e-waste,” he said.

Electronics recycling facilities deal with that e-waste via a process of pyrometallurgy or hydrometallurgy. Both those processes use either high temperatures or hazardous chemicals to extract minerals from electronics and both need large quantities of waste in order to be economical.

Largely because of problems like those, most current e-waste heads to landfills. In its effort to change that, the DOD has focused on recovering seven specific elements from e-waste, chief among them gallium, indium and tantalum.

Musho will guide their experiments, using computational thermodynamics to simulate the mineral recovery process. Sabolsky will validate the simulations to prove the process works in practice.

Musho is confident that it will work, especially because Sabolsky’s previous research laid the groundwork for this study.

“Ed did a previous study on coal fly ash, a waste product of coal-fired power plants, and he demonstrated that this process works for other critical elements present in fly ash. Now, we’ll take that knowledge, improve upon it and apply it to e-waste.”

The project’s first phase is a nine-month study demonstrating Musho and Sabolsky’s e-waste recycling process in the lab.

After that, they’ll refine the approach to “hit tighter purity standards” for the recovered minerals. They’ll scale up to handle greater quantities of material and work on packaging the technology within a small, modular unit that’s easily transported, as they begin to consider commercialization.

“We have an abundance of critical materials currently sitting in e-waste in our landfills,” Musho said. “It’s just a matter of determining the best method to recover these elements. The technology we’re developing provides a supply chain solution not only for DOD electronics but also consumer electronics.”