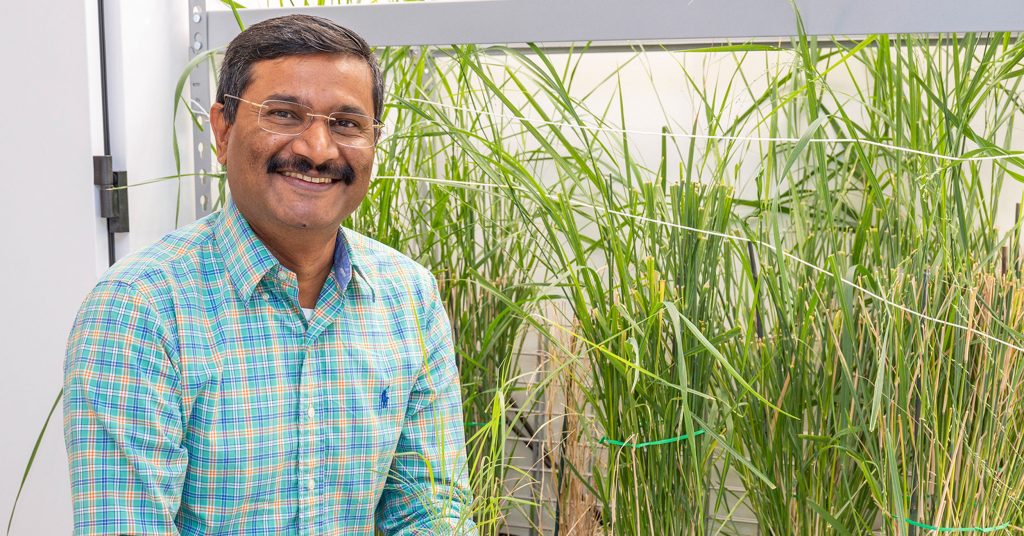 Dr. Sanju Sanjaya (pictured), Principal Investigator and WVSU Director of Energy and Environmental Science, and his team will lead this project to find a way to repurpose reclaimed surface mine land leftover from coal mining by extracting a versatile seed oil from a crop called camelina. Agriculturalists can use the oil seed crop to acclimate low fertile land and produce biodiesel.

“We are using gene technology to enhance the yield of camelina oil, which will highly benefit farming and agriculture in West Virginia,” Sanjaya said.

Camelina oil can also produce biodiesel, which can be used in a diesel number four engine and as jet fuel.

“By extracting biodiesel directly from the seeds of these crops, we can produce a sustainable, zero-carbon form of energy,” said Sanjaya. “West Virginia is historically known for coal energy, but this is a new, cleaner trend. Our state is rich in natural resources, and we must take advantage of them.”

WVSU has collaborated with the University of Nebraska-Lincoln on the project, which has provided opportunities for students to work alongside world-famous researchers in a more extensive and advanced laboratory.

Sanjaya said his long-term goal is not only to improve our country’s economy and environment but also to educate students.

The grant for the project was announced earlier this week by West Virginia’s United States Senators, Shelley Moore Capito and Joe Manchin.

“We are extremely proud of our research and plan to develop a patent and research articles from our findings. I appreciate that our state senators support and believe in our work,” Sanjaya said. “It is an honor to win such a highly competitive AFRI award on the national level, and we are excited to show the world that WVSU is doing meaningful research and making a difference.”

This work is supported by an Agriculture and Food Research Initiative grant from USDA NIFA. The AFRI Foundational and Applied Science Program is an open competition grant opportunity for all the public and private institutions across the United States. The program supports projects to study the synthesis of plant-derived, high-value chemicals and ingredients for use in foods, pharmaceuticals, and other natural products. The intent of this program is for results to be translated into development of varieties that help create or meet emerging and future markets and contribute towards long-term demand for new agriculturally based industrial and food products.