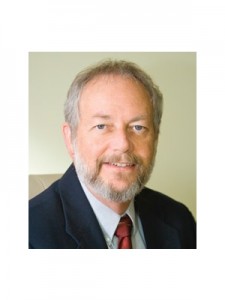 Jack Smith’s responsibilities are to develop, maintain and implement a cyberinfrastructure (CI) plan for higher education. He represents the Division, the Higher Education Policy Commission, the Council for Community & Technical Education and WVNET, and the institutions they serve, in various CI-related matters including advanced broadband deployment, high-performance computing and CI-enabled collaboration within the research and education community.  He is also a Regional Champion and Fellow for XSEDE, a national network of National Science Foundation-supported supercomputing resources available to academic researchers.

Before joining the HEPC in 2012, Jack was a research associate for the Center of Environmental, Geotechnical, and Applied Science at Marshall University and a senior systems engineer with the Mid-Atlantic Technology, Research, and Innovation Center at the West Virginia Regional Technology Park.  Before that Jack was a senior research scientist with the Dow Chemical Company (formerly Union Carbide) for 23 years, with many of those years as a member of the R&D Catalyst Skills Center, where he was one of the first computational quantum chemists in industry to work alongside experimental chemists.  Jack retired from Dow in 2003.

Jack has an extensive and diverse background in applied math, statistics, scientific programming, high-performance computing, advanced visualization, image processing and computational science in general.  More recently, he has been involved in the application of immersive three-dimensional virtual world environments to distributed team-based training, learning and collaboration, with an emphasis on integrating real-time simulation and capturing real-world content.

Jack and his wife Malissa live in Charleston, which has been their home for over 30 years and where they raised a son Stephen and daughter Julie, both now living in Austin, Texas.  Jack and his wife have both been very active in mission work in Haiti for the past 12 years through the “Friends of Ft. Liberte”.