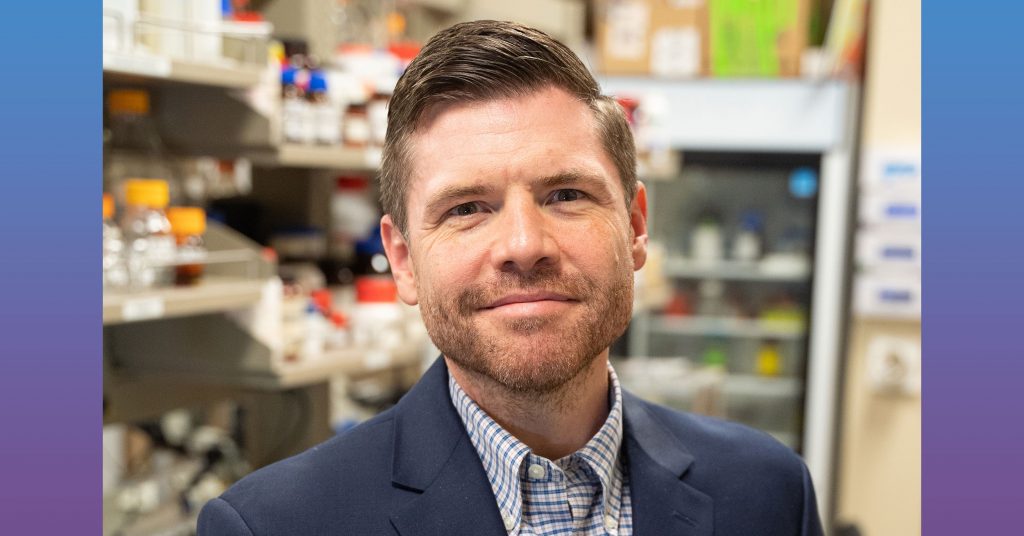 The National Science Foundation has awarded $366,624 for a research project at Marshall University that could have findings affecting everything from how to protect humans during space travel to how to store drugs and vaccines at room temperature.

Dr. Derrick Kolling (pictured), professor and chair of the Department of Chemistry in the College of Science, was awarded the grant to closer examine tardigrades, a phylum of eight-legged segmented micro-animals. Tardigrades have been found almost everywhere on earth, from mountainous areas to climates known for tropical rain forests and to the Antarctic. The resilient animal provides a road map for how humans can deal with extreme conditions or how drugs can be stored by closely examining the cryptobiosis – the protective state that involves temporary downregulation of the metabolism during dangerous periods of stress.

The research project involves a collaboration between Kolling and Dr. Leslie Hicks, a Marshall chemistry alum, of UNC-Chapel Hill. Kolling says they plan to study how the micro-animal senses extreme conditions and enacts the appropriate response.

“We expect to determine how the animals sense these extreme conditions and how they propagate internal chemical signals to induce cryptobiosis,” Kolling said.

The award will support the research for 3 years, including undergraduate scientists and one graduate student, and allow them to establish a robust outreach program to K12 students. It will also allow Kolling to significantly enhance the collaboration with Hicks’ group at UNC Chapel Hill. He says that the whole project was an unexpected surprise.

“It was a bit of serendipity, but we were kicking around ideas and decided to have a look at tardigrades using one of our instruments, an NSF-funded electron paramagnetic resonance spectrometer, to see if they produced free radicals while undergoing specific types of cryptobiosis,” he said.

Free radicals are unstable atoms that can damage cells, causing illness and aging. What they noticed was the tardigrades’ ability to adapt. Kolling says the research group has hit the ground running and that the Marshall team had already begun work on the proposed research.