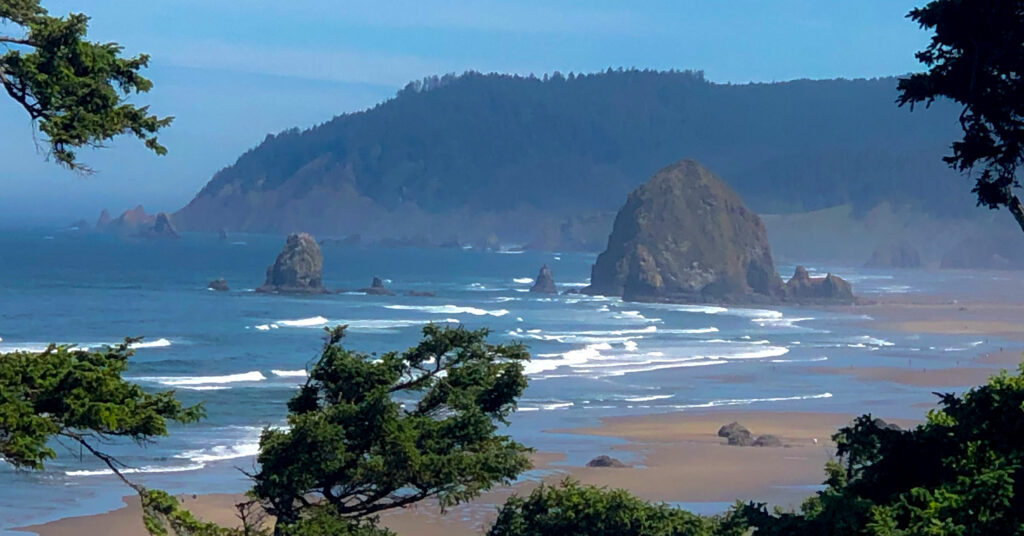 A beach vacation, shipwreck viewing experience or fishing excursion in the deep blue waters may seem like a relatively simple trip to make. But not all segments of the population have that luxury.

“There is this blue economy that basically doesn’t allow great access for BIPOC (Black, Indigenous, and People of Color) people,” said Robert Burns, principal investigator and director of the WVU Division of Forestry and Natural Resources. “What we know from research is that people that look like me (white male) are often the ones using the National Marine Sanctuary system.”

Burns is joined on the project by Ross Andrew, a research assistant professor at the Davis College of Agriculture, Natural Resources and Design who specializes in human dimensions of aquatic resources, along with Danielle Schwarzmann and Mitchell Tartt, of the National Oceanic and Atmospheric Administration’s Office of National Marine Sanctuaries.

Aligned to the NSF Convergence Accelerator 2021 cohort, the Networked Blue Economy convergent research track, the overarching goal is to create better connections with underserved populations to the blue economy, which the World Bank defines as the sustainable use of ocean resources for economic growth, improved livelihoods and jobs while preserving the health of ocean ecosystems.

“When we think about the blue economy, we think of shipping, transportation, seafood production or going on vacation,” Andrew said. “Or it could be working in an area that is supported by tourism to go whale watching.

“But there’s also a lot of cultural connections.”

Andrew noted the Gullah Geechee people of the southeastern coastal areas of the U.S.

“They are the descendants of people brought over here for slavery,” Andrew said. “They stayed in the area for generations and have a sort of different connection to the ocean and coastal resources that may not be captured in a standard assessment of the blue economy.”

Burns and Andrew hope to harness the power of massive datasets collected by agencies such as the NOAA to shed light on how to increase engagement with underserved communities. Researchers from Clemson University and the University of Florida will also collaborate with the group.

Burns has previously conducted research on the Florida Keys, where local weather and ocean conditions were primary drivers of visitation motivation and frequency. But the respondents within those samples were predominantly white with moderate- to high-income levels.

“If you go to Fort Lauderdale, you’ll see African-American and Hispanic people recreating on boats and on the shore,” Burns said. “But as soon as you go into the Florida Keys, the hotel and food costs triple, so people with lower incomes just don’t go there. It’s a lot like national parks. It’s easy for me because I have the time and money to go to Yosemite. But someone just trying to make ends meet can’t get there.”

Burns said the team will focus on increasing Hispanic engagement with the National Marine Sanctuary in the Florida Keys, as well as targeting African-American recreation use in the Sanctuaries of the Great Lakes, with their proximity to Detroit, Cleveland and Milwaukee.

After collecting and analyzing data, the team will explore ways to package it in a way that encourages these traditionally underserved populations to utilize the blue economy, Andrew said.

“As part of the School of Natural Resources, I think we’ll have a bigger impact on society and the world as we think about things through the lens of people and how they can connect to resources better,” Andrew said. “That’s what this project is ultimately going to do. We’re really trying to put in the effort to make natural resources not only more accessible but also create an attachment for people.”

Understanding and supporting these critical aspects of healthy aquatic resources and the blue economy is also a priority for the mission of ONMS.

“Cooperation between academia and government is more critical than ever for protection of America’s treasures to ensure the enjoyment and benefit from such resources within the blue economy for America’s diverse communities now and into the future,” said Mitchell Tartt, Chief of the ONMS Science and Heritage Division.