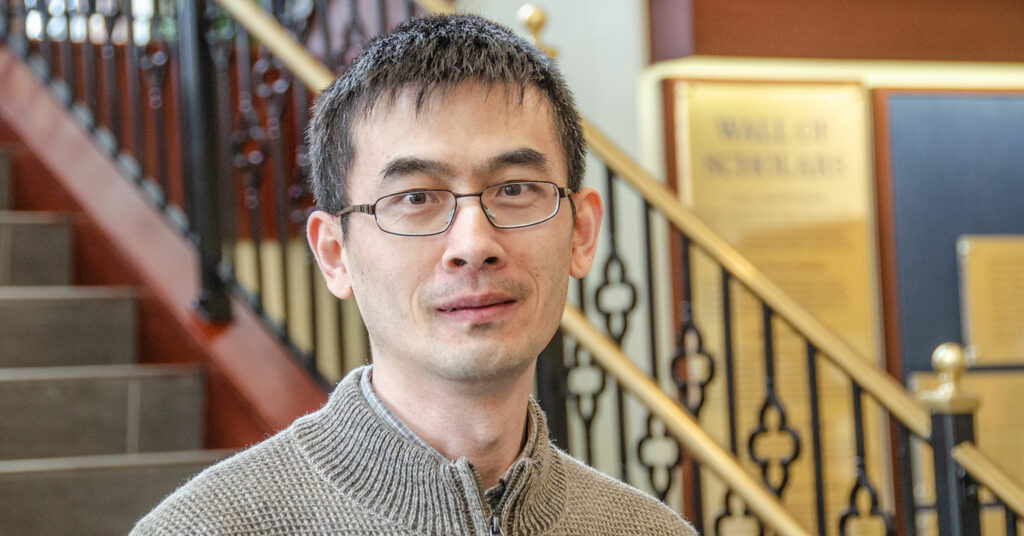 Phenotyping is the characterization of a behavior or trait, and in this study, researchers will be looking at autism patients’ behaviors and traits.

Supported by a $500,000 award from the National Science Foundation, Xin Li, professor in the Lane Department of Computer Science and Electrical Engineering, and Shuo Wang, an adjunct assistant professor, plan to conduct this research using the latest advances in imaging and data sciences.

“This project is important because it aims at filling an important gap in our existing knowledge about ASD,” Li said. “Improved understanding of autism phenotyping is expected to help with not only more accurate diagnosis, but also more personalized intervention for ASD patients.”

One of the biggest challenges facing autism research is that there is not one form of autism, but many subtypes. Each person with autism can have unique strengths and challenges, which has contributed to the difficulty in identifying the specific traits associated with this disorder (phenotyping), genetically or behaviorally, according to Li.

Li said that there is currently no consensus about the standard of behavior characterization for humans yet, but animal models have used the following three phenotypes: abnormal social interactions, communication deficits and repetitive behavior.

“We expect to identify similar phenotypes for ASD patients as the first step,” Li said.

According to Li, ASD is a neurodevelopmental disorder affecting one out of 54 children in the U.S., and this study could also help with early detection in young children.

The earlier children with ASD get intensive intervention, the better their developmental outcomes, he said.

“Currently, the average age of a child when she or he receives an ASD diagnosis in the U.S. is 4 years old,” Li said. “However, about half the parents of children with ASD report that they suspected a problem before their child was one year of age. This has been known as the ‘detection gap.’ Many research teams including us are working on reducing this gap.”